The Science Of What Makes You Attractive

Attraction is a mysterious thing. We love to create labels around who we’re attracted to, and can often put ourselves into boxes with certain “types” that we think we like.

But did you know that science might come into it? Like animals, there are certain innate reasons for us to find other humans attractive. Let’s take a look at how science explains attraction.

As you might have guessed from celebrities like Brad Pitt and Angelina Jolie, a symmetrical face often translates to an attractive face. Symmetrical attractiveness is actually to do with being the closest to the average of the population. We look for a mate that is as average as we can get (the truth hurts).

It probably doesn’t matter as much as we think. Just consider Tom Cruise’s middle tooth (check it out ASAP if you haven’t already).

Humans may release scented chemicals called pheromones to attract mates. Sea urchins release pheromones into the water, which works as a chemical signal to trigger other urchins in the colony to eject their sex cells. But are humans that similar to sea urchins?

Another common theory is that if someone’s body odor is compatible with your immune system, you'll be attracted to their scent.

More often than not what we’re actually smelling is a combination of the products the person uses—shampoo, body wash, deodorant, washing powder.

One thing that’s definitely true is that our sense of smell is powerful in triggering an emotional response. So if it’s getting you off, great!

This is commonly known as the “cheerleader effect”, where if you’re in a group, especially a group of attractive people, you seem more attractive.

This is because humans process faces in groups, so we form an average of all the faces we see. If the average is good-looking, anyone in the group is also perceived as good-looking.

This probably explains why so many Tinder photos are of groups, making it hard to discern who you’re swiping for. It’s scientifically a good strategy to appear attractive, but sooner or later you’ll go on a solo date.

MORE: Check out what the experts have to say about dating apps and deception [The Rules of Dating Apps]

A study at Rochester University concluded that women are more attracted to men when they wear the colour red. Red holds connotations of sensual red cherries, romantic roses, and culturally is a colour of power and virility. Women are also more likely to wear red when they are going on a date or looking for a sexual encounter. Red dress, red lippy, red lingerie, you name it.

It sounds like red clothes are sex clothes, so why not let science be your pick-up line!

As much as science likes to pinpoint what does and doesn't make someone attractive, ultimately arousal and romantic interest can't always be explained.

It might be called chemistry but that doesn’t mean it makes sense.

Boost your sex life with Prolong

If you want to rely on science to improve your sex life, look to the scientifically proven treatment for premature ejaculation. On average, clinical results show a rise in duration from 3 to almost 9 minutes after being on the Prolong Climax Control Training Program.

Closing The Climax Gap: How To Make Her Orgasm

PE and ED: What’s The Difference?

Sexting: Not Just For Teens 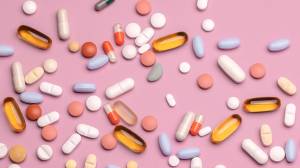 Premature Ejaculation Medications: Myth Or Worth It?

How To Prevent And Treat Premature Ejaculation

Does The Size Of My Penis Really Matter?