Adult Role Play: How To Get Involved

Adult role play. Is it sexy or is it weird? Luckily you clicked on this article, because we’re telling you there’s a whole amazing world of role play out there. Under the right circumstances, it can provide you with a rare opportunity to live out your deepest sexual fantasies. Here’s how you can get started.

What is role play?

Role play is taking on a character in a sexual situation. Think doctors and nurses — it’s all about taking on a role that you would usually not associate with, and using it to create a narrative that frames sex with your partner.

Role play can come in varying levels of intensity. For some, it might just be using a role for naughty talk in the bedroom, or creating a scenario in conversation before you start having sex. For others, it could extend to costumes, locations, props, or even creating home movies.

Is it sexy or just weird?

The appeal of role play comes down to being able to behave in a way you normally wouldn’t. It’s a way of granting permission to go a little crazy, try out something you’ve wanted to for a while, or explore sexual fantasies that otherwise would be out of character.

How can i suggest it with my partner?

So, you’ve decided to try out role play. Now what? Turn up in a Phantom Of The Opera Mask and rip off your pants? Not quite.

Chances are you might feel a little shy about suggesting role play in the bedroom, so try framing it in a bigger conversation about your sex life in general. Ask what’s working for her, what they like and what they don't. Then ask about their sexual fantasies — this is a great segue to sharing your own. Once you’re both feeling a little more sexy, suggest role play.

The first reaction might be one of shock, or even concern — was this something you’ve always been into? Why didn’t they know? The important thing is to make them feel comfortable, and let them know that sure, it might be an out-of-the-box suggestion, but it was something you read about, and thought it could be fun to try out together.

What if they laugh?

The greatest barrier to trying something new in the bedroom is a fear that you will look stupid. Sex is a direct conduit to some of our most intimate secrets and desires. When nurtured these secrets and desires can create mind-blowing experiences. But when mocked, it can be pretty devastating.

First of all, consider how well you know your partner. Is it a new relationship? Or, have you been together for a while? How have they responded to conversations about sex in the past? Feeling comfortable with them is an absolute non-negotiable when it comes to experimenting with new things.

Of course, even for happy couples in long-standing relationships, role play won’t be for everyone. At first, your partner might feel pretty resistant to the idea. If they seem unsure, try going in for a gentler approach; next time you have sex, ask them what their biggest sexual fantasy is — that’s a safe place to start. Then, ask what they would like that person in the fantasy to do to them. This is a great way to introduce other characters into your sex life (without shocking them with a head-to-toe gimp suit).

What do I need?

If you and your partner feel like you’re ready to give some role play a try, it can help to have a few props to get into character. Depending on who you would like to become — more on that below — think about what costume or object could help you feel good and like a new person.

Going out and buying an item that feels unusual, or really different to your usual style can be jarring enough to set up the role play. If you’re not wanting to go the whole hog with an entire costume, start small — maybe it’s a type of business shirt you wouldn’t usually wear, or a cologne that’s not your normal scent. The excitement of role play comes down to feeling different, and encouraging your partner to see you differently too.

Sex toys and sexual props can also help you get in the mood. Vibrators, whips, feathers, masks, blindfolds, buttplugs, handcuffs, and even soft bondage can really amplify the feeling that you’re not behaving as the ‘normal you’ anymore. Just make sure you both agree on what you’re happy to use, and what you’re not.

What are some role play ideas we could try?

Of course, the most successful roleplay comes down to tapping into your own unique sexual fantasies. Can’t think of one? Try harder. We’re sure if you really dig deep and relax you might have some luck.

There are some better known submissive/dominant role play ideas for couples that are pretty universal. Why not try:

The most important part of role play is creating a safe space for the both of you. If a certain character is triggering or is making one of you uncomfortable, scrap it. Keep the communication open, and create a safe word that will provide a break in character.

Role play is a seriously fun way of tapping into another side of your sexual relationship that maybe hasn’t yet been explored. Keep it fun, keep it safe, and maybe keep your costume cupboard locked — it’s a hard one to explain to dinner party guests.

Premature Ejaculation: How To Talk About It

Does The Size Of My Penis Really Matter?

How Good Sex Affects Your Brain (And Hers) 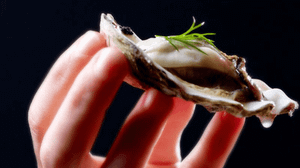 Apples, Oysters And 5 Other Natural Aphrodisiacs That Supposedly Make You A Better Lover

PE and ED: What’s The Difference?